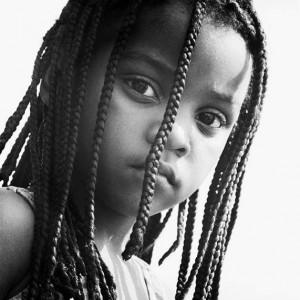 "This is an urgent issue, and child-centered organizations and individuals need to let state and federal administrators, Congress and state legislators know that it needs immediate action," says Edward Opton, a psychologist and lawyer involved in child welfare issues

It is no secret that foster children can be dangerously overmedicated. Three years ago, Mirko and Regina Ceska of Crawfordville, FLA told former Gov. Charlie Crist their two adopted 12-year-olds had been prescribed 11 pills a day, including the powerful antipsychotic Seroquel, reported the Tampa Bay Times.

“These girls were overdosed and would fall asleep right in front of us several times a day,” Mirko Ceska told Crist at an “Explore Adoption Day” event. “It seems to be a prerequisite for foster children to be on medication,” said Ceska, calling the pills “chemical restraint.”

The couple’s remarks came on the heels of the suicide of Gabriel Myers, a 7-year-old in Florida foster care who was prescribed psychiatric drugs, including Symbyax, not approved for children because of links to suicidal thinking. More than 15 percent of 20,000 foster care children in Florida are medicated, says the Times and doctors and case managers treating medicated 6- and 7-year-olds “routinely failed to complete legally required treatment plans, share information or properly document the prescribing of powerful psychiatric drugs.”

Now, less than a year after passage of the Child and Family Services Improvement and Innovation Act (which requires state child welfare agencies to adopt “protocols for the appropriate use and monitoring of psychotropic medications” for children) three government agencies–the Administration for Children and Families, the Center for Medicare and Medicaid Services, and the Substance Abuse and Mental Health Services Administration–are convening a meeting with hundreds of state officials to address medication guidelines on August 27 and 28.

“This is an urgent issue, and child-centered organizations and individuals need to let state and federal administrators, Congress and state legislators know that it needs immediate action,” says Edward Opton, a psychologist and lawyer involved in child welfare issues. “The medical literature shows no studies of the long-term effects of antipsychotic drugs on children, including drugs for so-called conduct disorder, the condition for which they are most frequently prescribed to children. There are no data on drugged vs. undrugged children with respect to completion of school, employment, early pregnancy, imprisonment, or subjective quality of life as evaluated by the children or by anyone else.”
Both private and public youth facilities have been plagued with scandals.   One large provider, Universal Health Services Inc., known as the “Standard Oil of mental illness,” recently agreed to pay $6.85 million to the U.S. and the state of Virginia to settle allegations that its Keystone Marion Youth Center provided “substandard psychiatric counseling and treatment to adolescents in violation of Medicaid requirements, falsified records and submitted false claims to the Medicaid program.” It chose to close the youth center.