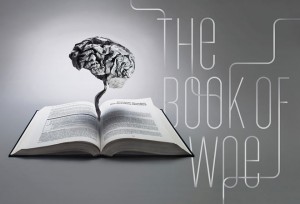 The battle over the book used worldwide to define mental illness matters as it’s the arbiter of who is normal and who is mentally ill and, therefore, qualifies for special help with their education, subsidies for their medicines and access to treatment programs.

After more than 13,000 international psychiatrists signed a petition objecting to the way the manual was being revised, the US psychiatrist heading the review committee, in an opinion piece in The New York Times this week, called for a new independent process of defining mental illness.

“We need some equivalent of the Food and Drug Administration to mind the store and control diagnostic exuberance,” Allen Frances writes. “Experts always overvalue their pet area and want to expand its purview, until the point that everyday problems come to be mislabelled as mental disorders.”

The biggest concern among psychiatrists is that many of the proposed changes to diagnostic criteria and new mental health conditions run the danger of medicalising normal behaviour. They fear it could result in patients taking unnecessary, even harmful, prescription drugs.

Despite the squabbling, Australian anxiety expert Gavin Andrews – who heads one of the committees writing the fifth edition of the manual, or DSM-5 – argues the APA’s backdown this month shows the revision process is working. “Science says, here’s a good idea, let’s test it. Then science says, no, its unreliable, and you drop it,” he explains.

He adds that sometimes – as in the case of “early psychosis”, promoted but now abandoned by Australian psychiatrist Patrick McGorry – a proposed disorder is dropped because it would have led to large numbers of young people being medicated unnecessarily. For instance, Australian author, ADHD campaigner and Labor state MP Martin Whitely remains alarmed about the inclusion in the manual of a condition called “attention deficit hyperactivity disorder not elsewhere classified”. He says it would allow doctors to diagnose people who didn’t meet the ADHD criteria with the disorder.

Andrews says he’s fascinated by the interest in the debate in Australia. After all, technically DSM-5 is written by Americans for the US and has no legal standing here.

The World Health Organization’s International Classification of Diseases version 10 is the legal classification used in Australia.

However, Andrews admits that doctors here use DSM because it’s “more informative”.

It contains about 2000 words on each disorder and is more helpful to doctors.

According to Andrews, the WHO would be the ideal body to take on the job of developing a definitive diagnostic manual, but it needs the resources to do so.

The APA has so far spent more than $US35 million on developing DSM-5, but it will get its investment back as it can sell the manual all over the world.

In contrast, the WHO has limited funding and cannot charge for its more limited manual.

The degree of debate indicates “we are not dealing with a valid disorder”, he claims.

And Frances says the body setting diagnostic criteria should include not just psychiatrists. Doctors, psychologists, counsellors, social workers and nurses should also be permitted to have some input.

“The broader consequences of changes should be vetted by epidemiologists, health economists and public-policy and forensic experts,” he says.

Andrews counters that psychologists, counsellors, social workers and nurses are already involved in the field trials of DSM-5 diagnoses.

Meanwhile, Whitely asks the fundamental question: why does Australia continue to follow the American lead?

“Are mental health outcomes in the US good enough to justify our continued devotion to the DSM model?” he says. “Or is it time to go it alone?”