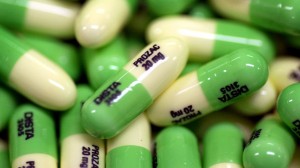 The Globe & Mail – April 24, 2012
by Dave McGinn
Antidepressant drugs may be doing more harm than good, with their use linked to higher risks of developmental problems in infants and stroke in the elderly, according to new research from McMaster University.

“We need to be much more cautious about the widespread use of these drugs,” Paul Andrews, an evolutionary biologist at the Hamilton university said in a release. “It is important because millions of people are prescribed antidepressants each year, and the conventional wisdom about these drugs is that they’re safe and effective.”

That may indeed be the conventional wisdom, but previous studies have sounded the alarm over antidepressants and particular populations.

In 2006, a study published in the New England Journal of Medicine found that taking antidepressants during pregnancy might be associated with persistent pulmonary hypertension in newborns, which can be fatal. The study prompted Health Canada to issue an advisory, which noted that earlier research had found that use of antidepressants was associated with an increase in the risk of major birth defects.

In the latest research, published Tuesday in the journal Frontiers in Psychology, Prof. Andrews and colleagues examined previous patient studies to determine the overall effects of antidepressants on the body. Their conclusion? The risk outweighs the benefits.   Read the rest of the article here