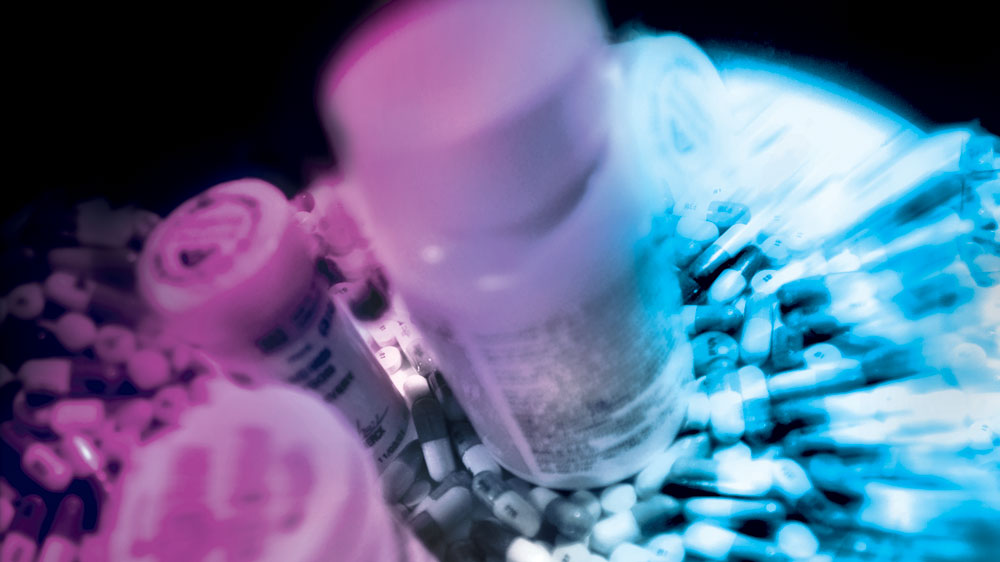 Top prescribers wrote $47 million in Medicaid prescriptions for antipsychotic and anti-anxiety drugs in the two years, the analysis showed. The top five doctors wrote $18 million worth. Most of the drugs went to children and adolescents

The state has referred another provider to the state’s private Medicaid claims processor for “further recoupment.” Two providers were referred to licensing boards for action. All of the providers were sent what the agency calls educational letters. The state didn’t identify them.

In 2010, Grassley, R-Iowa, began investigating the use of addictive mental-health drugs that have the potential for fraud and abuse. In response to his inquiries, the state listed the top 10 prescribers of eight psychotropic and pain medications, although commission spokeswoman Stephanie Goodman said Texas already had psychotropic medications under review.

In a letter to Grassley last month, Suehs outlined what the state did to detect, though not necessarily curb, overprescribing.

Suehs said that while a high prescription rate may be cause for concern, “the presence of this high rate may not necessarily be indicative of fraud or abuse on its own.”

Most of Suehs’ letter is in response to specific questions from Grassley. For example, Grassley asked whether the state has a system to identify and monitor excessive prescription-writing.

Suehs responded that investigations are not based on the volume of prescriptions: “Investigations arise from the receipt of a specific allegation of fraud, provider self reports and computer data matches.”

He wrote that the inspector general verifies that each provider is in good standing before Medicaid enrollment.

In December 2010, the Star-Telegram used prescriber numbers to identify the doctors and to sort and tally their prescriptions by medication type. The newspaper’s analysis also looked at other mental-health drugs that have cost taxpayers about $1.3 billion over five years. The analysis found that in two years, the 72 Medicaid providers identified by the state for writing the most prescriptions handed out 186,992, averaging 2,597 each.

Topping the list was G.K. Ravichandran of Houston’s Shamrock Psychiatric clinic, who wrote 27,000 scripts for the anti-anxiety drug Xanax in two years. Under his license, 44,138 prescriptions for antipsychotic drugs were written, at a cost to Medicaid of $6.4 million.

Top prescribers wrote $47 million in Medicaid prescriptions for antipsychotic and anti-anxiety drugs in the two years, the analysis showed. The top five doctors wrote $18 million worth. Most of the drugs went to children and adolescents, although prescribing the drugs to children, such as a toddler, is considered “off-label,” or a use not approved by the federal Food and Drug Administration.

Another study of 16 states found that Texas had the highest rate of prescribing multiple mental-health drugs to youths in foster care.

Since 2005, Suehs wrote, the use of psychotropic drugs in foster-care youths has been on a downward trend, from 29.9 percent in 2004 to 20.6 percent in 2010. That was an overall drop of 31 percent for children prescribed the drugs for 60 days or more.

A 3-year-old may be put on two psychotropic drugs, for example, because the child suffers from seizures and “the drug is really treating that,” Goodman said.

As of June, Texas Medicaid requires authorization before antipsychotic medication is prescribed to children under 3, whether in foster care or not.

“We will continue to evaluate our programs and procedures to help ensure they recognize changes in practices by prescribers that are intent on committing fraud and will take strong action when fraud, waste or abuse is suspected,” Suehs wrote.

Grassley’s office did not respond to a request for comment.