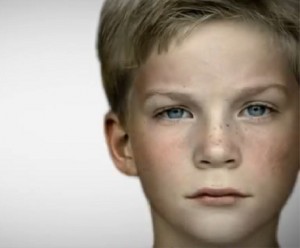 The typical treatment recommendation for children diagnosed with psychiatric or mental health conditions such as bipolar disorder or attention deficit hyperactivity disorder (ADHD) includes a combination of behavior and drug therapies. Such treatments are legally optional, but the Australian government’s National Health and Medical Research Council (NHMRC) is actually considering mandating that parents of diagnosed children accept the prescribed drug treatments or else face the wrath of child protective services.

Australia’s Sky News reports that authorities originally crafted the proposed measure as a guidance for doctors in how to treat children with such conditions, writing in a draft paper that “combined behavoural-pharmacological treatment is most effective” for normalizing child behavior. In the process, these authorities are essentially pushing a draconian form of medical tyranny that will eliminate health freedom of choice, and force parents to take the drug route with their children.

The entire field of psychiatry and its mental health screening process is questionable to begin with, as ADHD, bipolar disorder, and depression are not verifiable medical conditions like heart disease or cancer. There are no legitimate scientific tests to determine without a doubt the presence of these ambiguous “conditions” — and yet the entire psychiatric industry is built on pushing $84 billion worth of pharmaceutical drugs every year as treatment for them (https://www.cchrint.org/psychiatric-…).

Psychiatric drugs cause drastic changes in the cognitive and behavioral profiles of children. Drugs are not necessarily for the better. Most of these drugs also cause severe side effects, including mind-altering hallucinations, and they are typically far more addictive than illicit drugs like marijuana, cocaine, and heroin, all of which are illegal.

But certain government officials, likely influenced by Big Pharma, are continuing to propagate the lie that psychiatric drugs are the only option for these often-fictitious mental disorders. West Australian Labor MP, author, and anti-ADHD medication campaigner Martin Whitely is quoted in News Tonight as saying that ADHD drugs are “the only possible medical interventions” and that parents who refuse to use them “may see their child put in care.”

Earlier this year, a SWAT team raided the Detroit home of Maryanne Godboldo for refusing to medicate her daughter with dangerous psychiatric drugs. These thugs actually kidnapped the young girl, who was eventually released after it was determined that Maryanne had every right to choose her own daughter’s medical care (http://www.naturalnews.com/032089_a…).