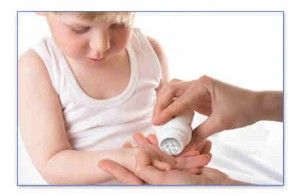 "Another diagnosis, dysphoric mood dysregulation disorder, is basically temper tantrums," Robbins said. "Next thing you know, you could have 2-year-olds on psychotropic medications."

Revisions to the DSM are often hotly debated, but after two decades of major, and frequently controversial, shifts in how mental health problems are diagnosed and treated in the United States, this latest update has become especially contentious, many mental health providers say.

Last month a group of psychologists with the Society for Humanistic Psychology posted a petition against many of the suggested DSM revisions, citing what they see as a broadening of the definition of mental health disorders, which, in turn, would lead to overtreatment with drugs.

The petition now has more than 7,000 signatures, and last week it won the support of San Francisco’s Saybrook University, with roughly 60 faculty members who emphasize a holistic approach to treating mental illnesses.

“There’s this propensity to push pills instead of looking at what’s really going on with the person,” said Saybrook President Mark Schulman. “When we saw in the DSM-5 that there was going to be a push in the direction of a more medical, less holistic way of doing things, we felt we should take a stand.”

A work in progress

The American Psychiatric Association has posted an online response to the petition, welcoming critiques to and comments on the proposed revisions. Their response notes that the manual is still a work in progress and, as more scientific evidence becomes available, some of the changes may become more palatable to critics.

Since the last diagnostic manual update, research has increasingly pointed to biological causes for a wide variety of mental health conditions and, in response, treatment has turned toward pharmacological answers, some psychologists say. Drugs are being used to solve mental health problems that aren’t problems at all, they add.

In 2010, 1 in 5 American adults was using some type of mental health medication, a 22 percent increase over the past decade, according to a report released last week by Medco Health Solutions, a pharmacy-benefits management company.

Therapy is still popular, but part of the problem is that there simply aren’t enough trained counselors to fill the mental health need. Patients are turning to primary care doctors for medical relief from symptoms for everything from depression and anxiety to attention deficit disorder, many mental health providers say.

Because many primary care doctors rely on the DSM to help them understand and diagnose mental health problems, it’s critical that the manual be as accurate and science-based as possible, say psychologists who have signed the petition.

While trained psychiatrists might be able to distinguish between a mental health disorder that needs medical intervention and a so-called normal human response to a difficult time or situation, primary care doctors may struggle.

Critics of the DSM update say that the task force assigned to make the revisions has suggested broadening the definitions of too many mental health problems, opening the door to even more diagnoses and treatments.

Grief after the death of a loved one, for example, may be included under the diagnosis of major depressive disorder. That means a person’s grief could be labeled a pathological disorder, and not a normal human experience, said psychologist Brent Robbins, a professor at Point Park University in Pittsburgh and an author of the petition.

“Another diagnosis, dysphoric mood dysregulation disorder, is basically temper tantrums,” Robbins said. “Next thing you know, you could have 2-year-olds on psychotropic medications.”