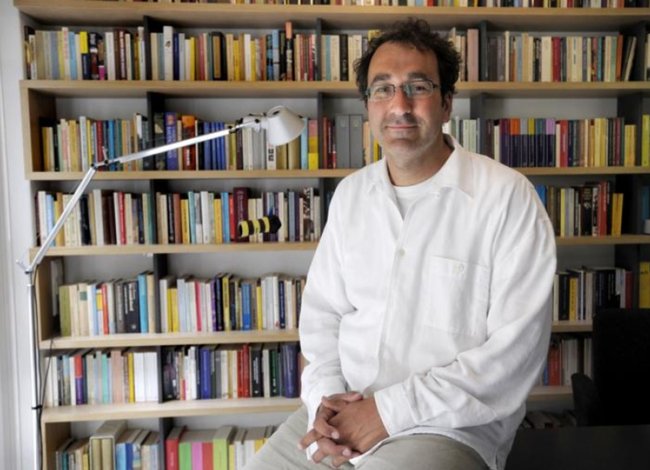 The psychologist Diederik Stapel in an undated photograph. "I have failed as a scientist and researcher," he said in a statement after a committee found problems in dozens of his papers. (Photo: Joris Buijs/Pve)

A well-known psychologist in the Netherlands whose work has been published widely in professional journals falsified data and made up entire experiments, an investigating committee has found. Experts say the case exposes deep flaws in the way science is done in a field, psychology, that has only recently earned a fragile respectability.

The psychologist, Diederik Stapel, of Tilburg University, committed academic fraud in “several dozen” published papers, many accepted in respected journals and reported in the news media, according to a report released on Monday by the three Dutch institutions where he has worked: the University of Groningen, the University of Amsterdam, and Tilburg. The journal Science, which published one of Dr. Stapel’s papers in April, posted an “editorial expression of concern” about the research online on Tuesday.

The scandal, involving about a decade of work, is the latest in a string of embarrassments in a field that critics and statisticians say badly needs to overhaul how it treats research results. In recent years, psychologists have reported a raft of findings on race biases, brain imaging and even extrasensory perception that have not stood up to scrutiny. Outright fraud may be rare, these experts say, but they contend that Dr. Stapel took advantage of a system that allows researchers to operate in near secrecy and massage data to find what they want to find, without much fear of being challenged.

“The big problem is that the culture is such that researchers spin their work in a way that tells a prettier story than what they really found,” said Jonathan Schooler, a psychologist at the University of California, Santa Barbara. “It’s almost like everyone is on steroids, and to compete you have to take steroids as well.”

In a prolific career, Dr. Stapel published papers on the effect of power on hypocrisy, on racial stereotyping and on how advertisements affect how people view themselves. Many of his findings appeared in newspapers around the world, including The New York Times, which reported in December on his study about advertising and identity.

In a statement posted Monday on Tilburg University’s Web site, Dr. Stapel apologized to his colleagues. “I have failed as a scientist and researcher,” it read, in part. “I feel ashamed for it and have great regret.”

More than a dozen doctoral theses that he oversaw are also questionable, the investigators concluded, after interviewing former students, co-authors and colleagues. Dr. Stapel has published about 150 papers, many of which, like the advertising study, seem devised to make a splash in the media. The study published in Science this year claimed that white people became more likely to “stereotype and discriminate” against black people when they were in a messy environment, versus an organized one. Another study, published in 2009, claimed that people judged job applicants as more competent if they had a male voice. The investigating committee did not post a list of papers that it had found fraudulent.

Dr. Stapel was able to operate for so long, the committee said, in large measure because he was “lord of the data,” the only person who saw the experimental evidence that had been gathered (or fabricated). This is a widespread problem in psychology, said Jelte M. Wicherts, a psychologist at the University of Amsterdam. In a recent survey, two-thirds of Dutch research psychologists said they did not make their raw data available for other researchers to see. “This is in violation of ethical rules established in the field,” Dr. Wicherts said.

In a survey of more than 2,000 American psychologists scheduled to be published this year, Leslie John of Harvard Business School and two colleagues found that 70 percent had acknowledged, anonymously, to cutting some corners in reporting data. About a third said they had reported an unexpected finding as predicted from the start, and about 1 percent admitted to falsifying data.

Also common is a self-serving statistical sloppiness. In an analysis published this year, Dr. Wicherts and Marjan Bakker, also at the University of Amsterdam, searched a random sample of 281 psychology papers for statistical errors. They found that about half of the papers in high-end journals contained some statistical error, and that about 15 percent of all papers had at least one error that changed a reported finding — almost always in opposition to the authors’ hypothesis.

The American Psychological Association, the field’s largest and most influential publisher of results, “is very concerned about scientific ethics and having only reliable and valid research findings within the literature,” said Kim I. Mills, a spokeswoman. “We will move to retract any invalid research as such articles are clearly identified.”

Researchers in psychology are certainly aware of the issue. In recent years, some have mocked studies showing correlations between activity on brain images and personality measures as “voodoo” science, and a controversy over statistics erupted in January after The Journal of Personality and Social Psychology accepted a paper purporting to show evidence of extrasensory perception. In cases like these, the authors being challenged are often reluctant to share their raw data. But an analysis of 49 studies appearing Wednesday in the journal PLoS One, by Dr. Wicherts, Dr. Bakker and Dylan Molenaar, found that the more reluctant that scientists were to share their data, the more likely that evidence contradicted their reported findings.

“We know the general tendency of humans to draw the conclusions they want to draw — there’s a different threshold,” said Joseph P. Simmons, a psychologist at the University of Pennsylvania’s Wharton School. “With findings we want to see, we ask, ‘Can I believe this?’ With those we don’t, we ask, ‘Must I believe this?’ ”

But reviewers working for psychology journals rarely take this into account in any rigorous way. Neither do they typically ask to see the original data. While many psychologists shade and spin, Dr. Stapel went ahead and drew any conclusion he wanted.

“We have the technology to share data and publish our initial hypotheses, and now’s the time,” Dr. Schooler said. “It would clean up the field’s act in a very big way.”