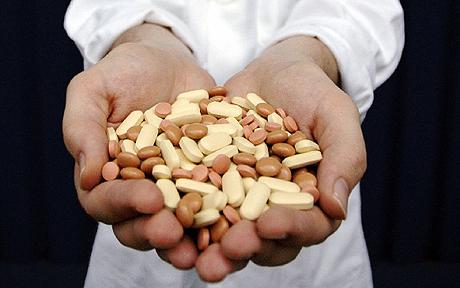 SERIOUS problems in Victoria’s mental health system have been revealed recently in The Age. The important thing now is to find solutions. In doing so we should remember that although Victoria is in the spotlight, similar ”crises” occur regularly all over the world. Perhaps this is because Victoria is not alone in having a system based on fundamentally flawed principles.

This has led to alarming rises in chemical solutions to distress. In New Zealand, one in nine adults (and one in five women) is prescribed antidepressants every year.

The public, however, in every country studied, including Australia, believes that mental health problems are caused by issues such as stress, poverty and isolation. The public also prefers talking therapies to drugs and electroconvulsive therapy (ECT).

Research suggests the public is right. For example, the single best predictor of just about every mental health problem is poverty, followed by other social factors such as abuse, neglect and early loss of parents in childhood, and – once in adulthood – loneliness and a range of adverse events including losses and defeats of various kinds.

Meanwhile, reviews of studies on anti-depressants (which only recently have been able to include those previously kept secret by drug companies) conclude that they are superior to placebos only for those at the extreme end of the ”most severe” group of depressed people. This represents less than 10 per cent of the people who are receiving these drugs.

A recent Cochrane review (the type most highly regarded in the scientific community) for risperidone, a leading anti-psychotic drug, ”suggests that there is no clear difference between risperidone and [a] placebo”.

A placebo (from the Latin meaning ”I please”) is not necessarily a bad thing. Indeed the talking therapies are effective partly because, if done well, they too instil hope and expectations of recovery.

As previously reported, my review of ECT studies (with Professor Richard Bentall of Liverpool University) found that this treatment is ineffective for most recipients and frequently causes permanent memory loss. This in itself can be depressing.

ECT also has a slight but significant risk of death, most frequently from cardiovascular failure.

Inpatient units are equally ineffective and can also be damaging. When will we learn that putting large numbers of extremely distressed people in the same building is not a good idea?

What I conclude from all this is that any review of mental health services in Victoria, or anywhere else for that matter, should probably be led by anyone other than a psychiatrist – and certainly not in Victoria’s case the state’s Chief Psychiatrist, whose job, according to Dr Ruth Vine herself, is “to watch over how the system is functioning”.

It is unfair to expect Dr Vine to take an objective view on the failure of the system for which she is responsible. That lack of objectivity is amply demonstrated by her claims that ECT is “safe and effective” and that the problem is the public’s “negative” views.

Perhaps a lawyer from the Mental Health Legal Centre might be a good choice.

Read the rest of the article here: http://www.smh.com.au/opinion/society-and-culture/with-more-talk-in-mind-20110914-1k9m2.html#ixzz1Y8tVJQlv