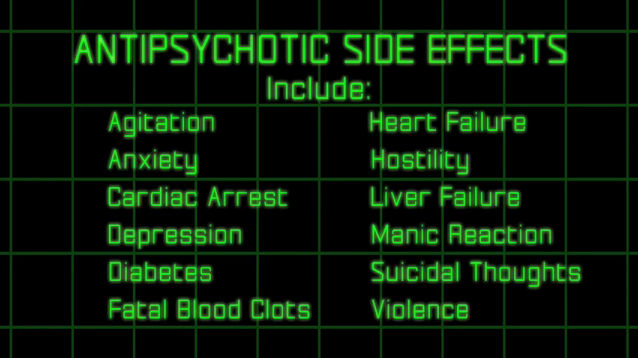 I never would have entered the DSM-5 controversy were it not for two of its proposals that risk furthering the already frightening overuse of antipsychotic medication, particularly in children and teenagers. DSM-5 plans to introduce two new and untested diagnoses that would offer natural targets for poor drug prescribing–psychosis risk syndrome (AKA attenuated psychotic symptoms) and temper dysregulation (AKA disruptive mood dysregulation). There is no evidence whatever that antipsychotics would confer any benefit on the kids so labeled (and too often mislabeled), but great reason to worry that this would not stop their being used needlessly and recklessly.

The DSM-5 supporters of these two proposals believe my concern is ill founded, or at least excessive. They argue that they would not recommend antipsychotics for the new diagnoses and that there is no FDA approved indication for their use. This misses the crucial point that new DSM categories, once made official, take on an independent life. If they can possibly be misused (and clearly these can), they will be misused. And experience teaches the clear lesson that antipsychotic overuse will insinuate itself insidiously and inappropriately whenever any crack of opportunity opens up.

This is truly alarming, but unfortunately it is not really surprising. Antipsychotics have managed to become the top class of drugs– generating the highest revenue with sales of $15 billion per year– despite the troubling facts that much of the prescribing is off label, unsupported by scientific evidence, and likely to cause the dreadful side effect of obesity with all its consequent risks. This is an astounding reflection on the lack of caution in everyday medical practice. Used appropriately, antipsychotics are extremely valuable and necessary tools– but what could possibly justify their becoming such promiscuous best sellers?

DSM-5 cannot off-load responsibility for causing harmful unintended consequences– especially when these are so obvious that they smack you in face. It is foolhardy to risk causing a further wave in the antipsychotic deluge. I continue to despair of a process that allows such smart and well meaning people to make such really dreadful decisions.