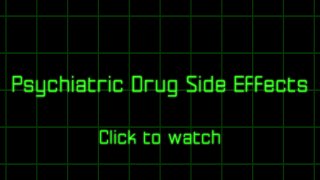 Today the New York Times has reported, “AstraZeneca is adding a new heart warning to the labels of Seroquel, its blockbuster antipsychotic drug, at the request of the Food and Drug Administration, company and agency officials said on Monday.”   And that  “Seroquel is one of the top-selling drugs in the world, at $5.3 billion last year, including $3.7 billion in the United States. Introduced in 1997, it has been approved for schizophrenia, bipolar disorder and severe depression. Seroquel has caused legal problems for AstraZeneca, including a $520 million payment in 2009 to settle government charges of illegal marketing. Thousands of lawsuits are pending over side effects like diabetes.” (read the full article here http://www.nytimes.com/2011/07/19/health/19drug.html )

While this is seemingly good news, look a little deeper—today’s article from Paul Thacker, an investigator for Project on Government Oversight:

Paging Dr. Woodcock…Dr. Janet Woodcock….Do You Have Any Clue What’s Happening Inside the FDA?

Case in point: the FDA’s dithering over changes to the label of an antipsychotic drug now widely prescribed to veterans with post-traumatic stress disorder. Last October, POGO sent a letter to FDA Commissioner Margaret Hamburg asking her to look into a potentially dangerous interaction of the drugs Seroquel (quetiapine) and methadone that may be putting veterans at risk.

Prescriptions of Seroquel and methadone are at an all-time high for veterans who are suffering extremely high rates of PTSD after combat. An investigation by the Military Times found that military spending on Seroquel almost quadrupled between 2001 and 2009. Many of these veterans are also taking methadone for pain relief and to control anxiety caused by PTSD. The Military Times found that methadone overdose has caused at least 60 deaths in the military—more than any other drug, legal or illegal.

A separate investigation by the Associated Press noted that military expenditures on Seroquel have jumped sevenfold since the beginning of the war in Afghanistan. The military spent $8.6 million on Seroquel in 2009. Physicians said that they are prescribing it to provide relief from nightmares and anxiety caused by PTSD.

The Associated Press also discovered that Seroquel has become the Department of Veterans Affairs’ (VA) second biggest drug expenditure since 2007. In 2009, the VA spent $125 million on Seroquel compared to $14.4 million in 2001.

Alerting the FDA to this problem, we also sent a study published in 2007 in the Journal of Clinical Psychopharmacology. This study found that Seroquel significantly increases blood plasma levels of methadone.

How did FDA respond? In April, we received a letter signed by Dr. Janet Woodcock, Director of the Center for Drug Evaluation and Research (CDER) at the FDA. According to Dr. Woodcock, there was nothing to worry about:

After assessment of our evaluations, we believe that a potentially dangerous interaction involving quetiapine and methadone is unlikely, and, therefore, no further Agency action is indicated regarding either a revision in labeling that would include new warnings or cautions, or targeted public and professional communications efforts.

To make sure we got the point, she added:

At this point, there is agreement within CDER that an interaction between quetiapine and methadone that confers unreasonable risks to patients is exceedingly unlikely and, therefore, no further action is indicated regarding the labeling for these products or for related communication initiatives.

Less than two months later, in June, the FDA approved changes to the label for Seroquel to note that the drug “should be avoided in combination with other drugs” such as methadone.

What the hell? This is exactly what we asked them to do. Exactly what Dr. Woodcock said didn’t need to be done.

Can somebody please explain this to me? Please!

Anyways, we are now sending a second letter to the FDA asking them, as we did in October, to please issue an action alert to inform patients and prescribers. There is a potential for people to die if they are on Seroquel and methadone, and it seems highly improbable that a military doctor treating veterans with PTSD has the time to read the entire 73 pages of the Seroquel label.

That’s not a label, that’s a novella.

We hope the FDA agrees to send out an action alert. But maybe we’ll get a letter from Dr. Woodcock saying that everything is okay, and no further action is indicated…and there’s no need to alarm people by sending out an action alert….

And then they’ll send it anyways.

Paul Thacker is a POGO Investigator.