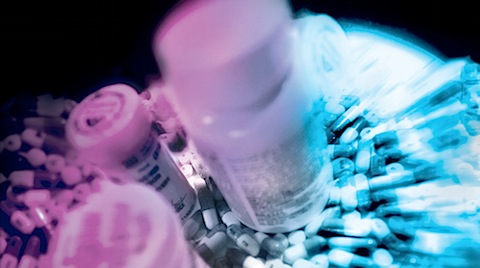 Google the word “depression” and the first search result you’ll get will be for the antipsychotic drug Seroquel XR.

Visit WebMD and you’ll find the home page hosts similar ads for Seroquel XR, above and adjacent to the lead news story.

Who would know that AstraZeneca inked the largest multi-state consumer-protection settlement on record relating to deceptive Seroquel marketing on March 14 for $68.5 million? And only a year after inking a similar settlement related to burying side effect and safety information for $520 million with the government!

Who would know AstraZeneca has already settled nearly 25,000 personal-injury lawsuits pertaining to Seroquel, with more to come, says ABC News?

First approved in 1997, Seroquel has enjoyed the camel-nose-under-the-tent phenomenon known as indications creep. First approved for schizophrenia, it was later approved for bipolar disorder and psychiatric conditions in children.

But it was Seroquel’s 2009 approval as a drug for depression that helped it reach its spectacular sales of $5.3 billion in 2010 thanks to the United States’ walloping depression “market” of 20 million depression sufferers.

Seroquel’s blood sugar, weight gain, and heart side effects are well-known. That’s why FDA regulators opposed its use as a first-choice, stand-alone treatment for the 10 percent of the U.S. population with depression when safer drugs exist.

“I saw no clear advantage demonstrated in efficacy,” said Dr. Wayne Goodman, who chaired the FDA panel considering the depression indication. “There were side effects, and I would expect unintended consequences associated with wide-scale use of the drug.”

The drug also can cause increased mortality in elderly patients with dementia-related psychosis, suicide, neuroleptic malignant syndrome, cataracts, seizures, increase in blood pressure, and movement disorders in neonates when their mothers take it.

Seroquel’s fraud trail is also well-known, with more than six conflict-of-interest scandals swirling around Seroquel researchers and promoters. Psychiatrist Richard Borison was sentenced to a 15-year prison sentence in 1998 for a pay-to-play Seroquel research scheme, which helped establish Seroquel’s original perception as being safe.

But how many realize Seroquel’s cost to the individual taxpayer and health insurance consumers at a red-book price of almost $500 per month per person?

Auditors with the Michigan Corrections Department say the state could save $350,000 a month by switching just half of its Seroquel prescriptions to another pill. North Carolina spends $29.4 million per year on Seroquel prescriptions. Who knows how much more states and taxpayers are paying to control the metabolic side effects that emerge from taking Seroquel?

Reports are also starting to surface about the effects $6,000-a-year Seroquel prescriptions are having on rising insurance premiums for private insurance holders.

In fact, the public is really paying twice for irrepressible Seroquel marketing: first, for drug purchases by state and private plans, and, second, in suffering the drug’s side effects.

Martha Rosenberg is a freelance writer who lives in Chicago.