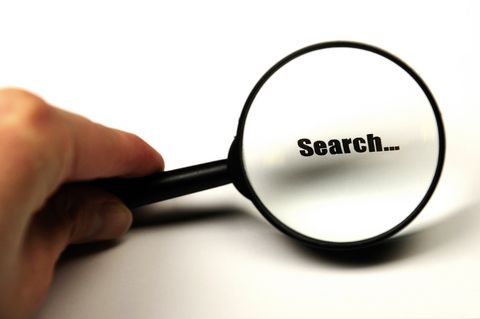 The press are ranting today about a “new study” that shows boys with “Conduct Disorder” or “antisocial behavior” have differences in “size and structure of their brain” that is linked to their behavior.

Before we point out just how lame this new study is on a scientific level – let’s start with the fact that it was was funded by Wellcome Trust. If the name Wellcome sounds familiar it’s because  it was named after, and established in order to administer the fortune of American born pharmaceutical giant, Sir Henry Wellcome (Glaxo-Wellcome later became GlaxoSmithKline).

Secondly, let’s look at the “study” and break it down. This  marketing campaign study took 65 male adolescents with the diagnoses of “conduct disorder” and compared it to a group of 27 male “healthy” adolescents (just over 1/3 the size of the conduct disorder group), and scanned their brains for changes. The first omitted datum in this “study”  is that there is no mention of previous psych drug usage/history which is documented to cause changes in brain chemistry— -if these 65 males were already diagnosed with “Conduct Disorder” how do we know whether they were taking drugs documented to cause brain changes – such as Antipsychotics—documented to cause brain atrophy (shrinkage).

In the conclusion on the first page of the study they say: “Brain structural abnormalities may contribute to the emergence of adolescent-onset as well as early-onset conduct disorder.”
okayyy…. another “may”  “might” “we believe” but no scientific evidence.  Now we’d let this slide if this was the first or second, or fiftieth psychiatric study to say “may,” but they all say may.  Yet the press are touting this study as if it were proven, conclusive, fact.  Take a look at these headlines—”Teens with severe antisocial behavior have smaller brain structures” “Brain Scans Show Differences in Troubled Teens”  “Troubled Teens Have Underdeveloped Brains.”
Really? They do?  Apparently the press were too busy to read the actual CONCLUSION of the study which stated,

“In common with the vast majority of neuroimaging studies of psychiatric disorders, our findings are cross-sectional, meaning we cannot infer that the structural abnormalities observed in individuals with early- or adolescent-onset conduct disorder have played a causal role in the etiology [the cause of a disease]  of their antisocial or violent behavior.”

Get it? They can’t prove anything. They can’t even “infer” anything.   So once again, to the press running these bogus studies as fact — try reading the study next time.

The most obvious thing the public can learn from this study is this—even when they fail miserably to prove anything, psycho/pharma can get the press spinning their failure into a success story.
—CCHR

(Reuters Life!) – Brain scans of aggressive, antisocial teenage boys with the condition known as conduct disorder have found differences in the size and structure of parts of the brain that may be linked to their behavior.

A study by British scientists showed the differences were there regardless of the age at which the patients developed the disorder — a finding which challenges the view that adolescents who develop conduct disorder are merely imitating badly behaved peers and do not have differences in their brains.

Conduct disorder (CD) is a psychiatric condition characterized by higher than normal levels of aggressive and antisocial behavior. It is more common in boys than girls, can develop in childhood or in adolescence, and experts say it affects around five out of every 100 teenagers. Children and adolescents with CD are at greater risk of developing further mental and physical health problems when they are adults.