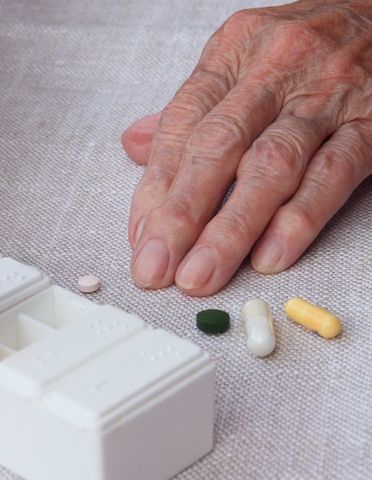 Conventional antipsychotics, antidepressants and benzodiazepines often administered to nursing home residents are no safer than atypical antipsychotics and may carry increased risks, according to an article in CMAJ (Canadian Medical Association Journal).

Psychotropic medications are often used to manage behavioral symptoms in seniors, particularly people with dementing illnesses, with up to two-thirds of dementia patients in nursing homes prescribed these medications. However, the effectiveness of these drugs in this indication is unclear and important safety concerns exist, especially related to antipsychotics.

Psychotropic or psychoactive medications act upon the central nervous system and are prescribed for the management of mental and emotional disorders. They include, amongst others, first and second generation antipsychotics (also known as conventional and atypical antipsychotics), antidepressants, benzodiazepines and other sedatives. Despite their widespread use, none of these treatments has been approved by the FDA or Health Canada for the management of behavioral symptoms associated with dementia.

A team of researchers from Brigham and Women’s Hospital in Boston, Massachusetts, undertook the study to evaluate the comparative safety of various psychotropic medication classes, focusing on patients in nursing homes because of the extensive use of these drugs in this setting and the complexity of these patients’ illnesses. The study cohort included all BC residents admitted to a nursing home between Jan. 1, 1996 and March 31, 2006 and who received a psychotropic drug within 90 days of admission.

Of the 10 900 patients in the study, 1942 received an atypical antipsychotic, 1902 a conventional antipsychotic, 2169 an antidepressant and 4887 a benzodiazepine. Rigorous methodological approaches were applied to ensure this non-randomized study was not affected by the selective prescribing that tends to occur in routine care.

“In 10 900 older adults newly admitted to nursing homes in BC who began taking psychotropic medications, we observed risks of death that were higher among those who initiated conventional antipsychotics, antidepressants and benzodiazepines. We also observed risks of femur fracture that were higher with conventional antipsychotics, antidepressants and benzodiazepines used for anxiety, all compared with atypical antipsychotics. No clinically meaningful differences were observed for risk of pneumonia or heart failure, except possibly a lower risk of pneumonia and a higher risk of heart failure with benzodiazepines,” state the authors.

They conclude that a large randomized trial is required to confirm their findings but that clinicians should weigh the increased risks against potential benefits when considering prescribing these medications for their patients in nursing homes.