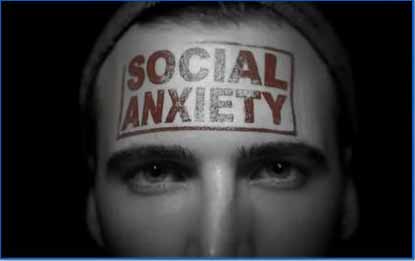 Diagnosis is a slippery slope. It involves concepts that are virtually impossible to define precisely with bright lines at the boundaries

SOME psychiatrists — the ones who don’t believe they are godlike creatures — are in a bit of a tizz these days. They are worried about all the damage they might have unwittingly done by misdiagnosing mental illness.

Some background, before I explain that apparent non-sequitur: In a soul-searching analysis of his profession in Wired magazine recently, US psychiatrist Dr Allen Frances declares that mental disorders “can’t be defined”, and it’s “bull—-” to suggest otherwise.

Frances is lead editor of the DSM-IV, the fourth edition of the American Psychiatric Association’s Diagnostic and Statistical Manual. It’s a publication that has been described as “the bible” and “the imperial doctrine” of psychiatrists.

It’s what shrinks use, in their godlike wisdom, to decide whether or not you are mentally ill — and then to prescribe powerful, dangerous drugs, and other treatments that can turn you into a shadow of your former self.

In the gut-wrenching Wired article, Frances says: “We psychiatrists have made mistakes that had terrible consequences.”

In particular, he believes the manual has inadvertently facilitated the massive increase in recent years of diagnoses of autism, attention deficit disorders and bipolar depression — that used to be called manic depression, because of the manic swings in mood that characterise the condition.

He believes psychiatrists largely bear the responsibility for a massive increase in child bipolar diagnoses, and an epidemic of prescriptions for dangerous, antipsychotic drugs for very young children — below the age of five.

At the heart of this matter is a nasty predilection some psychiatrists have for medicalising normality, or as Wired writer Gary Greenberg says of the DSM, “to chalk up life’s difficulties to mental illness, and then treat them with psychiatric drugs”.

After all, it’s one thing to be thought of as having the blues after a protracted period of difficulty in your life. It’s quite another to be diagnosed as nuts. Mental illness is a serious diagnosis, aggravated by the burden of stigma that weighs down those deemed to have it. It wreaks havoc on lives, families, reputations and careers.

Yet diagnosis is a slippery slope. It involves concepts that “are virtually impossible to define precisely with bright lines at the boundaries”, says Frances.

He has accused colleagues “not just of bad science, but of bad faith, hubris, and blindness, of making diseases out of everyday suffering and, as a result, padding the bottom lines of drug companies”, as Greenberg so eloquently puts it.

Frances has joined forces with Dr Robert Spitzer, editor of the previous edition DSM-III, to prevent the current DSM-V from bulldozing its way down the same damaging path.

That’s a battle they look unlikely to win, given the power of the vested interests involved. And while this may all seem a little in-medical-house, it has implications for the many at the mercy of psychiatrists.

Frances fears the DSM will continue the “wholesale imperial medicalisation of normality”. It may create yet another bonanza for the pharmaceutical industry with a proposed, new “pre-psychotic disorder” — as if the manual doesn’t contain enough disorders from which pharmaceutical companies can make massive profits.

Of course, there’s nothing new about the idea that psychiatry is unscientific. The most famous proponent of that is US psychiatrist Dr Thomas Szaz, professor emeritus of psychiatry at the State University of New York Health Science Centre since 1990.

Szaz put his iconoclastic views forward in his books, The Myth of Mental Illness, published in 1960, and 10 years later in The Manufacture of Madness: A comparative study of the inquisition and the mental health movement.

These are damning critiques from a fine mind on psychiatry’s moral and scientific foundations — and mania for social control.

But what, you might ask, has this to do with Gaddafi?

Gaddafi looks, acts, sounds and struts around like a madman. He provides a veritable smorgasbord of disorders guaranteed to titillate the mental tastebuds of orthodox psychiatrists, and have them reaching for their prescription pads in a flash.

Gaddafi, according to DSM specifications, could be diagnosed with borderline personality disorder — psychobabble psychiatrists have dreamt up to pigeonhole people who don’t or won’t do as others expect them to do.

He’s more likely to be diagnosed with into-the-abyss megalomania, paranoia, psychopathy, with a hint of schizophrenia.

Szaz might argue that Gaddafi’s madness is manufactured, a product of the toxic environment he created over the 42 years of his rule, wallowing in the absolute power that corrupts body and mind absolutely.

His bloated, puffy, sallow complexion suggests bad diet, and other unhealthy lifestyle habits that may contribute to the misfiring of neurons in his grey matter. Yet I doubt even the humane and holistic treatment methods Szaz advocates could bring Gaddafi back from the mad brink to anything resembling rational, normal, decent behaviour.