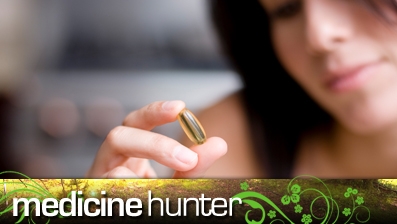 If your life is making you unhappy, then making positive changes may be the very best prescription of all

Before you ask yourself whether you should simply take a Tic Tac instead of a Paxil, there is more disheartening news about these drugs. Many Americans are taking antidepressant medications instead of changing their own behavior or life circumstances. According to Maryland medical doctor Ronald Dworkin, “Doctors are now medicating unhappiness. Too many people take drugs when they really need to be making changes in their lives.” If you are beating your nose with a hammer, do you stop hitting yourself, or do you continue, and take a pain pill?

Digging more deeply into the mystery of antidepressants, George Washington University health analyst Thomas Moore examined unpublished studies conducted by drug companies  with various antidepressants. Approximately 40 percent of the studies conducted on this class of drugs have never been published — because in those 40 percent of studies, antidepressants do not demonstrate effectiveness. In other words, in the unpublished studies, they didn’t work. In even further research, Irving Kirsch of the University of Connecticut looked at results from varying doses of antidepressants. The difference in effectiveness between small doses and large doses was virtually non-existent.

It gets even gloomier. A U.S. government study released in 2006 showed that fewer than 50 percent of people become symptom-free on antidepressants, even after trying two different medications. Many who do respond to medication slip back into major depression within a short while, despite sticking with drug treatment. And then there are the “side effects,” which are really effects pure and simple. The most common effects of antidepressant drugs include nausea, insomnia, anxiety, restlessness, loss of sex drive, dizziness, weight gain, tremors, sweating, sleepiness, fatigue, dry mouth,  diarrhea, constipation and headaches. People over 65 are at extra risk of falls, fractures and bone loss, newborns of mothers on SSRI antidepressants can go through drug withdrawal, and among teens, the use of antidepressants can increase suicidal tendencies. Any sober assessment of these effects points to the fact that there is something terribly wrong with this entire class of drugs. Remember what Hippocrates said “First of all, do no harm.”

Many intangibles add up to either a happy life or a sad one. Do you spend enough time with your family? Your friends? Do you relax? Do you do things you love? Do you enjoy your work? If you answer no to these questions, you probably have good cause to feel depressed. But popping a pill won’t help if you are not living in a fulfilled way.

What about natural approaches to depression? A number of doctors believe that nutritional deficiencies play a key role in many cases of depression. After all, brain chemistry depends on nutrient intake for proper balance. Really, it’s no surprise that a junk food-eating culture would be increasingly mentally out of sorts. No brain food means poor brain function. This is where omega 3 fatty acids come in, notably DHA, which is essential for proper brain function. These essential fats greatly enhance brain health and mood. The best way to get them is to eat fresh seafood, especially wild salmon. But omega 3 fatty acid supplements from fish oil are also available.

According to the National Institutes of Mental Health, anxiety and depression often go hand in hand. Many people find that they can relieve or reduce anxiety by meditating. There are many ways to meditate. By setting aside time every day, you can calm your body and mind, change your brainwaves, and alter your mood for the better.

Regular exercise is also associated with improved mood. Exercise enhances circulation, modifies brain chemistry for the better, enhances overall energy, improves vitality and contributes greatly to well being. You don’t need to go to a gym, either. Just get outside and walk. Do so briskly for at least half an hour each day, and notice how much better you feel.

On the herbal side, Rhodiola rosea is the big antidepressant. Many forward-thinking psychiatrists have turned to Rhodiola as a first line of treatment, instead of pharmaceuticals. Psychiatrists Richard Brown and Patricia Gerbarg in New York are ardent advocates of Rhodiola for depression and mood enhancement, and have written profusely about it. Dr Hyla Cass of UCLA also is an advocate. Meanwhile, dozens of studies demonstrate significant improvement in all parameters of mental function with Rhodiola rosea. My favorite brands? Rhodiola Energy by Enzymatic Therapy, and Rapid Rhodiola by EuroPharma.

If your life is making you unhappy, then making positive changes may be the very best prescription of all. Many people are so buried by work and stress that they forget to take time to live, to enjoy themselves and to savor life itself. I remember once meeting a psychiatrist at one of my talks. He was retired, and I was deeply impressed by what he shared.

“I practiced psychiatry for twenty-eight years,” he said. “And I never once gave anybody a prescription.” I asked him what he did for his patients instead.

“I talked with them,” he replied. As Rabbi Earl Grollman, author of several books on grief says, “the mentionable is manageable.” Maybe talking is a good place to start.

Chris Kilham is a medicine hunter who researches natural remedies all over the world, from the Amazon to Siberia. He teaches ethnobotany at the University of Massachusetts Amherst, where he is Explorer In Residence. Chris advises herbal, cosmetic and pharmaceutical companies and is a regular guest on radio and TV programs worldwide. His field research is largely sponsored by Naturex of Avignon, France. Read more at www.MedicineHunter.com