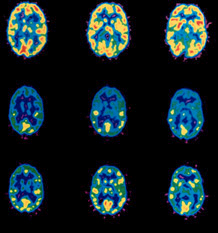 The findings, published in The Archives of General Psychiatry show a direct causal relationship between dosage, duration of exposure to antipsychotics, and brain shrinkage:

“The big finding is that people with schizophrenia are losing brain tissue at a more rapid rate than healthy people of comparable age. Some are losing as much as 1 percent per year. That’s an awful lot over an 18-year period…Another thing we’ve discovered is that the more drugs you’ve been given, the more brain tissue you lose.”

For a more detailed article on this study, click here: http://www.psychologytoday.com/blog/mad-in-america/201102/andreasen-drops-bombshell-antipsychotics-shrink-the-brain