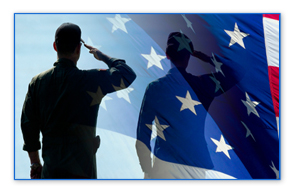 They survived live fire, explosive devices, terror attacks and grueling desert conditions. But upon returning home to seek treatment for the mental anguish that too often accompanies war, U.S. soldiers are now being killed by the pharmaceutical industry in record numbers.

Those drugs included painkillers, sleeping pills, antidepressants and a sedative. The medical examiner concluded that Anthony Mena died of multiple pharmaceutical toxicity. He was only 23 years old.

Anthony Mena is just one of a fast-rising number of U.S. soldiers who are being drugged to death by psychiatrists and physicians who dish out painkillers and psychotropic drugs with virtually no regard to their chemical interactions.

Those interactions are never tested in clinical trials (yes, never!). The position of the FDA and Big Pharma seems to be that the more drugs a person takes, the better they’ll get, and doctors are trained in med schools to keep prescribing pills with virtually no concern about the extreme toxicity of various pharmaceutical combinations. Their motto is, “For every ill, there’s another pill.”

Now the body count is rising. Today, one-third of the U.S. Army is on at least one prescription medication, and many of those are psychiatric meds used to treat PTSD.

Think about that astounding statistic for a moment: One-third of the U.S. Army is on synthetic chemicals! Some of those chemicals, by the way, have been linked to suicides and violent behavior, especially in young males. What kind of formula for warfare is that, anyway? Take a young male, put a rifle in his hands and a psychiatric medication in his head, then let him loose on the front lines and see what happens?

An Army report says that 101 soldiers have died from toxic pharmaceutical combinations in 2006 – 2009, but that report almost certainly vastly underestimates the true numbers. Most deaths are traditionally written off as organ failure of one kind or another. Very few pharmaceutically-induced deaths are ever accurately tracked back to the drugs involved… unless you’re Michael Jackson, of course.

It makes you wonder: Are more soldiers being killed by Big Pharma than by enemy combatants?

It’s not out of the question. The 9/11 terrorist attacks killed just over 3,000 Americans. Yet, according to well-researched estimates based on published scientific studies, FDA-approved prescription drugs currently kill anywhere from 98,000 – 250,000 Americans a year (http://www.naturalnews.com/009278.html). Remember, that’s every year!

Over the last decade, then, FDA-approved prescription drugs have likely killed at least one million Americans and probably many more. That’s approaching the level of a chemical holocaust. The last time so many people were killed with chemicals was in the Nazi era of World War II, when Nazi war criminals gassed Jews to death by the millions.

It’s no coincidence, by the way, that the very same chemical companies that worked for the Nazi war machine are now some of the world’s top pharmaceutical manufacturers. That’s not an internet myth, by the way: It’s an historical fact. Just Google the history of  Bayer and Nazi Germany if you want to learn more: http://www.google.com/search?q=baye…

Or check out the role of IG Farben /Bayer in Auschwitz and other German concentration camps, where this pharmaceutical company relied on slave labor to churn out chemical weapons and experimental drugs used in human medical experiments: http://archive.corporatewatch.org/p…

(You won’t read that in the New York Times, most likely…)

Fast forward to the present. Now the pharmaceutical industry is killing our young soldiers in record numbers. Much of it is due to the insanity that’s inbred throughout the psychiatric industry, which has a long and disturbing history of torturing and maiming patients in the name of “medicine.”

I strongly urge you to learn about the true history of psychiatry through the Citizens Commission on Human Rights: http://www.cchr.org/quick-facts/the…

I have walked through their museum in Los Angeles, and I’ve seen what psychiatric medicine has done to destroy the lives of countless children, adults and even soldiers. What’s happening today with psychiatric medicine is, by any honest assessment, a crime against humanity that makes the casualties of war in Iraq seem tiny by comparison.

And now, even the mainstream media is beginning to see this truth. It’s hard to deny it when young, healthy soldiers start dropping dead from following doctors’ orders and taking FDA-approved medications. These are not overdoses, folks. These are soldiers following orders and “taking their medicine” as directed.

And they’re dying from it.

The New York Times article on this issue is a great read. It’s an example of stunningly good journalism from the mainstream media, and I recommend you read it: http://www.nytimes.com/2011/02/13/u…

The NYT, of course, probably won’t go into the history of Bayer and the Nazi war crimes connection, but you can only expect the mainstream media to go so far on these stories. For the whole truth on issues like this, you have to turn to internet sites like NaturalNews which simply aren’t driven by pharmaceutical advertising money. That’s where you’ll find out the rest of the story that the MSM isn’t likely to ever report.