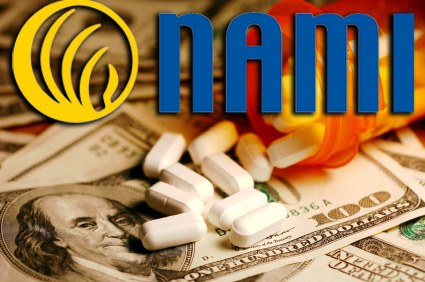 Note from CCHR:  In the wake of the Jared Loughner shooting in Arizona, we pointed out that the press seemed more interested in featuring Pharma-funded mouthpieces speculating on why Loughner wasn’t “treated” (drugged)  and using this tragedy to start banging the drum for more government funding for more mental health treatment, (drugs) before even bothering to find out whether or not Loughner was, or had been, on psychiatric drugs.  The logical question for anyone concerned with mental health would be;  Was Loughner yet another in the long list of  mass shooters already under the influence of psychiatric drugs documented to cause mania, psychosis, violence, homicidal and suicidal ideation that have resulted in 54 dead and 105 wounded in 10 such similar massacres? Isn’t that something we should know before spending billions more dollars on a pharmaceutically based mental health agenda?  Shouldn’t we be investigating that instead of using this tragedy to get more funding for mental health “treatment”?     So let’s just cut to the chase.   The most prominent “mental health” groups using this shooting to cry out “give us billions more funding,” are themselves, funded by Pharma.   Perhaps this sheds light on why despite the overwhelming evidence psychiatric drugs cause violence and even homicide,  groups such as the National Alliance for Mental Illness (NAMI), which claims to be a “patient’s rights” organization for the “mentally ill”  are not calling for an investigation of what, if any role, psychiatric drugs played in this or any other mass shooting in the last 10 years,  we are.

To find out more about these pharmaceutical front groups and their real agenda, click here.

Many health advocacy organizations rely on financial support from drug companies. But few disclose the extent of that funding or make information easily accessible, according to a new report published Thursday by researchers at Columbia University’s Mailman School of Public Health.

Because of this, “our feeling is that a lot more openness and disclosure needs to take place,” said Sheila Rothman, lead author of the report in the American Journal of Public Health and a professor at the Mailman School.

The study analyzed data from Eli Lilly & Co. from the first half of 2007 and found that only 25 percent of 161 organizations disclosed funding they received from the drug giant on their Web sites. Just 18 percent acknowledged Lilly’s grants in their annual reports, and 1 percent listed Lilly on a corporate sponsors page.

Lilly gave $3.2 million to advocacy groups during this period, 10 percent of all the grants awarded to doctors, medical organizations, non-profits and other entities.

Rothman called the information a “baseline picture” of how secretive organizations were about industry funding before pharmaceutical firms began releasing this information under terms of legal settlements. Lilly began releasing details of its grants in May 2007, becoming the first drug company to do so.

“These were practices at the time,” she said.

Since then some groups have changed their practices, prodded by heightened concern over potential conflicts of interest and an ongoing, high-profile investigation of drug industry funding to physicians and non-profit health groups by Sen. Charles Grassley, R-Iowa.

While complete results of Grassley’s investigation are not yet available, some details have emerged. For instance, the New York Times reported that the National Alliance on Mental Illness received almost $23 million from pharmaceutical firms between 2006 and 2008; state NAMI chapters have received millions more, according to a letter sent to the organization by Grassley’s office last year.

NAMI now lists corporate grants of $5,000 or more for its national operations on its Web site, but individual chapters’ funding sources aren’t included. The organization has a strict policy against endorsing specific products or services, its Web site says.

Lilly targeted funding to advocacy groups representing patients with neurological or psychiatric disorders such as schizophrenia, bipolar illness, and depression; endocrine disorders such as diabetes; and cancer, the new report found. These were the three largest categories of U.S. sales, worth $10.1 billion for the drugmaker in 2007.

The researchers arrived at their conclusions by checking advocacy organizations’ 2007 annual reports and federal tax forms and performing a comprehensive review of their Web sites between Sept. 30, 2008, and Jan. 12, 2009. All mentions of Eli Lilly funding were noted, but some information may have been missed if it was posted on Web sites earlier.