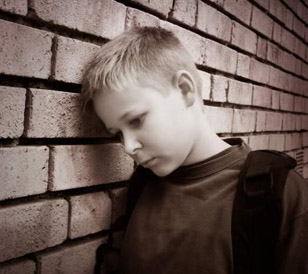 Every society has found its own methods to abuse its most vulnerable members: children; women; the elderly; ethnic, racial and religious minorities; the poor; the mentally distressed or distressing; the physically disabled; those with unconventional lifestyles. All of these have been widely abused and all remain victims of abuse to varying degrees in societies throughout the world.

In the past, the most rampant abuses have been justified on moral, religious, patriotic or ethnic grounds. But increasingly we will see the worst abuses rationalized on scientific and medical grounds. It’s the modern way.

Science and medicine have so successfully rationalized and justified our society’s most devastating and pervasive form of child abuse that it remains almost wholly unacknowledged, though it is known to every sentient adult and to most children. Probably every adult and half-grown child in America knows and can identify at least one child who is the victim of this abuse. Those who teach, coach, minister to or otherwise serve children may know dozens or even hundreds of children who are victims of the new child abuse.

Our society’s particular form of child abuse is the psychiatric diagnosing and drugging of our children.

Like the diagnoses, the drugs administered to children have mushroomed to involve every class of psychiatric medication, including stimulants, antidepressants, tranquilizers, mood stabilizers and anti psychotic agents. The FDA has increasingly given official approval for giving children especially deadly anti-psychotics such as Risperdal, Zyprexa, Geodon and Seroquel. Meanwhile, anything that can sedate the child’s growing brain from anti-hypertension drugs to anti-seizure drugs are routinely dispensed with callous disregard for their harmful impact.

It’s not uncommon to find children subdued and crushed by multiple psychiatric drugs. Probably 10 to 20 percent of our children will at some time be diagnosed or drugged. This number includes nearly every child in special education classes, foster care or on SSI/SSDI. Any child singled out by child services and educational or psychiatric authorities is likely to fall victim to psychiatric drugs.

The Psychopharmaceutical Complex is the source of these abuses: the pharmaceutical industry, organized psychiatry and medicine, NIMH, insurance companies and various other groups supported by the drug companies. Few parents are abusers; they are misled and intimidated by the “authorities” and often medicate their children against their better judgment.

Two principles are self-evident: First, convincing children that they have “something wrong” in their heads such as genetically crossed wires or biochemical imbalances is the surest way to rob them of self-esteem, personal responsibility, self-mastery and the hope of an unlimited future. Second, convincing children that they have a psychiatric diagnosis or treating them as if they have one and teaching them to rely on psychiatric drugs is a prescription for their becoming lifelong mental patients.

Two other principles require a little more thought or scientific evidence: First, all psychoactive substances from alcohol and marijuana to psychiatric drugs reduce and compromise the function of brain and mind, and none improve it. Whether or not we like the feelings we get from them, all psychoactive substances impact us precisely by producing a partial disability of our highest mental and spiritual life. More concretely most are poisonous to brain cells. I call this “the brain-disabling principle” of psychiatric treatment and have described and documented it in a lengthy medical text book with more than 1,000 scientific references.

Second, all psychiatric drugs have potentially horrendous and even lethal adverse effects from chronic depression and growth stunting caused by stimulants to diabetes, severe obesity, disfiguring neurological disorders and shortened lifespan caused by “antipsychotic” agents. You can confirm and expand on these observations by googling antipsychotic drugs or reading my various books on the subject, especially “Brain-Disabling Treatments in Psychiatry, Second Edition.” The names of the diagnoses will change. The chemical structures of the drugs will change. The promotional strategies will change. But, in my opinion, it will always be abusive to psychiatrically diagnose and drug children.

Now comes the challenge. Put yourself into the emotional and spiritual life of a child who has been diagnosed and will soon be drugged. Be empathic, but not in a disheartening way. Be empathic by connecting with love to the child’s inherent desire to love and be loved, to benefit from rational discipline, to play and to have fun, to grow up and to take responsibility, to learn, and to reach to his or her self-determined stars.

Are you able to put yourself in that child’s place? How does it feel to be told you’re not normal, that you have a disorder, that you’re special but not in a good or hopeful way? How does it feel to be different, let alone mentally impaired? And what impact will it have on you when the expectations of your parents and teachers are tailored to your limitations?

Be genuinely empathic. Children will say almost anything to adults to cover up their shame or to appease them. Beyond that, the medication spellbinding effects of psychiatric drugs impair the individual’s ability to perceive or evaluate the emotional and cognitive disruption that the psychoactive substances are causing. Put yourself in the child’s place and know what he or she must feel about being stigmatized and marginalized by psychiatric diagnoses.

Now imagine yourself inside the head of the child being drugged. The drug makes you feel different and you don’t like it, but everyone says you need it. You don’t want to have to take a drug to make you normal. But you’re a kid and there’s nothing you can do about it.

Gradually your brain and mind struggle to adapt to the brain-disabling chemical that’s crossed your blood brain barrier and disrupted your normal biochemical functions. As an aspect of medication spellbinding, you become so accustomed to your more flattened emotions and reduced mental acuity that you hardly notice the difference anymore.

And now consider this: All these children will grow up with brains drenched in toxic substances, literally polluted in the extreme. Think about the known adverse effects and dare to imagine the even more subtle changes in the function of the brains of each child, brains forever chemically altered.

These children will never know what evolution or God really intended them to become before these toxic intrusions.

Do not be misled that the medical and scientific authorities, and the weight of the universities and government, wholly support this rampant abuse of children. From the systematic abuse of women, children and minorities throughout the ages to the institution of slavery and the Holocaust, those in authority have condoned and benefited from these abuses. Authority at the top of society always justifies these widespread abuses, otherwise the abuses would never get started, nor would they persist.

Reject the authorities. Rely on common sense, sound ethics and real science. Allow yourself to become empathic toward these abused children. Then become angry, energized, motivated and engaged. Educate yourself. My books and those of many others will introduce you to a new world of science, education and philosophy about childhood and children. Find your own way to protest and to make a difference. Join us at empathictherapy.com in our efforts to protect our nation’s children from psychiatric abuse and to offer them genuine love, inspiration, service and education.

Peter R. Breggin, M.D. is a psychiatrist in private practice in Ithaca, New York, and the author of dozens of scientific articles and more than twenty books. His two most recent books are  Medication Madness: The Role of Psychiatric Drugs in Cases of Violence, Suicide and Crime and Brain-Disabling Treatments in Psychiatry, Second Edition: Drugs, Electroshock and the Psychopharmaceutical Complex. Dr. Breggin’s professional website is www.breggin.com. Dr. Breggin and his wife Ginger have founded a new organization, The Center for the Study of Empathic Therapy, Education and Living (www.empathictherapy.com). It will hold an international conference in Syracuse, New York, April 8-10, 2011.