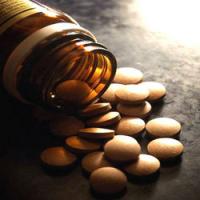 After a mother of two committed suicide because of being increasingly dependent on an anti-depressant, an investigation has been started into the drug.

Last year, on October 25, Yvonne Woodley, 42, was discovered by her husband Kevin hanging in the loft of the family home in Solihull, West Midlands. Before six months of her death, her Citalopram’s dosage was increased by six GPs she consulted.

The drug had a reversed affect. It made her more disturbed and she often used to express her wish to die.

On Monday, during an inquest, it was heard that Woodley consulted six GPs at Solihull’s Yew Tree Medical Centre last year, who increased the dosage of her anti-depressant that resulted into worsening of her mental health.

Experts of such as Professor David Healy raised their apprehensions over the adverse effects of the drug and have blamed the same for the death of the woman that led the Birmingham coroner Aiden Cotter to call for an investigation into the drug.

The drug made her daughter zombie, as expressed by Vera Sansbury, mother of Woodley.

She said, “She was like a zombie. The eyes were blank and flat and there was no emotional response. Yvonne displayed every single side-effect of the drug”.