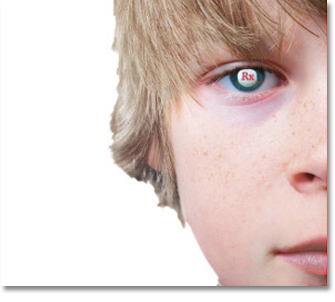 Today’s Huffington Post features an article from psychiatrist Harold Koplewicz, frequently seen in the press leading the cheer for more psychiatric diagnosing and drugging of children.   In today’s article, Koplewicz makes a plea to ‘Stop the Stigma’ which is preventing children from being diagnosed mentally ill.   Pretty catchy slogan isn’t it? “Stop the Stigma.”  It ought to be, it’s a brilliant marketing campaign, brought to you by Big Pharma, via the National Alliance on Mental Illness (NAMI), a group that  masquerades as a “patient’s rights group for the mentally ill”  but receives tens of millions in Pharma funding.

But here’s the real rub—What entity is most responsible for stigmatizing millions of children? What group has pathologized childhood behavior and repackaged a list of behaviors into a “disease” called ADHD?  Psychiatry and Pharma.   You can’t be a kid anymore.  If you display child-like behaviors you can be  branded mentally ill for life. And its not just us saying this.  Consider that the former Chairman of the American Psychiatric Association’s DSM task force,  psychiatrist Allen Frances, stated “Our country is in the midst of a fifteen year ‘epidemic’ of Attention Deficit Disorder (ADD). There are six potential causes for the skyrocketing rates of ADD—but only five have been real contributors. The most obvious explanation is by far the least likely – that the prevalence of attention deficit problems in the general population has actually increased in the last 15 years. Human nature is remarkably constant and slow to change, while diagnostic fads come and go with great rapidity. We don’t have more attention deficit than ever before-we just label more attentional problems as mental disorder.”

He  also talked about “stigma,” but sourced the industry creating it—psychiatry: “The ‘epidemic’ of childhood Bipolar Disorder has created a public health dilemma” and that it is  “based on much hype and very little scientific evidence. The label Bipolar Disorder also carries considerable stigma, implying that the child will have a lifelong illness requiring lifetime treatment.”

Point 1) Millions of children have been stigmatized with bogus psychiatric “labels” that are based solely on opinion, and not one shred of medical evidence that there’s anything physically wrong with them.  No blood tests, brain scans, X-rays, MRIs or any proof whatsoever they are “mentally ill” and require drugs euphemistically being called “medicine.”    Unlike real medical diseases which are discovered in labs, psychiatric diagnoses are invented by psychiatrists in committee, by  the following “scientific” process;  Cluster a number of behaviors into a nice little package, give it a name and add “disorder” on the tail end of it,  then take a vote.  Majority wins.   That’s about it. And that’s why mental disorders can be here one day and gone the next, because of majority opinion — namely, psychiatry’s.   So while psychiatrists talk about the “amazing progress” they’ve made, and how “close” they’ve come to proving mental disorders are “real medical conditions,” we’d like to point out the obvious—they haven’t.   They couldn’t prove mental disorders were physical/medical conditions 50 years ago, and can’t prove it today despite billions in government funding.    No progress.  Whatsoever.   Zippo.  Nada.    So understandably, Dr. Koplewicz,, as people become more educated about this ludicrous subjective process of disorders made to order, they are concerned about the lack of real science to psychiatric “diagnoses” particularly where their children are concerned.

Point 2) The majority of psychiatrists within the American Psychiatric Association that “decide” on what will and will not be a mental “disorder” are funded by Pharma.  That’s called a Conflict of Interest.  A serious, egregious conflict of interest.  No “conspiracy” here Dr. Kopelwicz, just some facts about your colleagues and their incentives for developing more mental disorders.

Point 4) While Koplewicz has the audacity to call the “over-drugging” of children “a myth”,  consider that the Government Accountability Office has launched a federal investigation into the massive increase of drugging children in foster care.  “The investigators will attempt to account for estimates in the hundreds of millions of dollars of possible fraud arising from prescriptions for drugs explicitly barred from Medicaid coverage.  The GAO is collecting data from six states to search for patterns of abuse.  According to a number of foster care experts who spoke with Politics Daily, children in foster care, who are typically concurrently enrolled in Medicaid, are three or four more times as likely to be on psychotropic medications than other children on Medicaid. Alarmingly, many of these drugs are medically prohibited for minors and dangerous to the children taking them.”

Point 5) Senate investigations this past year revealed that some of the “leading” psychiatrists touting the wonders of diagnosing and drugging kids, and largely responsible for massive increases in kids unnecessarily placed on dangerous psychiatric drugs, were on Pharma’s payroll, and failed to disclose this.  Psychiatrists such as Joseph Biederman, who was being paid millions of dollars by the Pharmaceutical companies while skewing the results of drug trials to show false benefits for kids, in order the launch a nationwide campaign to get children diagnosed as “bi-polar.”

And he’s not the only one: Here are some of the “leading” psychiatrists exposed by Senate investigations:

Melissa DelBello, Associate Professor of Psychiatry and Pediatrics at the University of Cincinnati, was exposed in 2007 by the Senate Finance Committee for concealing $180,000 she received from AstraZeneca in 2003 and 2004.  DelBello’s studies of the antipsychotic Seroquel, made by AstraZeneca, in children helped to fuel the widespread pediatric use of antipsychotic drugs.

In 2008, Joseph Biederman, a leading Harvard child psychiatrist whose work helped fuel an explosion in the use of powerful antipsychotic drugs in children, was exposed for withholding earning at least $1.6 million in consulting fees from drug makers between 2000 and 2007.

Alan Schatzberg, president-elect of the APA, and Professor and Department of Psychiatry Chair of Stanford University was also investigated in 2008 by the Senate Finance Committee.  Schatzberg was forced to step down as principal investigator in an NIH funded research project into a drug called Mifeprestone, to treat “psychotic depression.” Senate investigators found that Schatzberg failed to report $4.8 million worth of stock in Corcept Therapeutics, a drug company which he co-founded and acted as lead researcher on a drug development project for until he was forced to surrender that role after being exposed.

In December 2009, Sen. Charles Grassley filed a complaint about Fernando Mendez-Villamil to federal authorities for his excessive prescribing of antipsychotics to children that were not approved by the FDA.  This cost taxpayers $43 million over six years.  Mendez-Villamil is apparently also currently under investigation by the Medicaid program.  Mid 2009, the Florida Agency for Health Care Administration reported that that Mendez Villamil is the top Medicaid prescriber of mental health drugs in the state—for all ages.  It was calculated that he wrote more than 150 prescriptions a day, seven days a week for six years