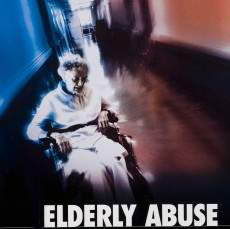 Note from CCHR: The wholesale psychiatric drugging of the elderly in both private and public nursing homes has reached epidemic levels, with the use of antipsychotics, antianxiety drugs (tranquilizers) and antidepressants  skyrocketing and patients being harmed and killed as a direct result.  These drugs are highly dangerous when prescribed to anyone, but when prescribed to the elderly the risks for diabetes, stroke and sudden death are greatly increased.    As stated in the article below, ” Instead of looking for causes of disruptive behavior among dementia patients, doctors typically prescribe drugs to mask the symptoms… because it’s the easy thing to do. … That’s true in hospitals, in clinics and in nursing homes.” It is for this reason we feel the more humane non-drug approach being undertaken by this particular chain of nursing homes in treating elderly patients  suffering from dementia should not only be commended, but employed by all nursing homes caring for the elderly.

Instead of treating behavioral problems with antipsychotic drugs, the Ecumen chain of 15 homes is using strategies including aromatherapy, massage, music, games, exercise and good talk. The state is helping out.

The aged woman had stopped biting aides and hitting other residents. That was the good news.

But in the North Shore nursing home’s efforts to achieve peace, she and many other residents were drugged into a stupor — sleepy, lethargic, with little interest in food, activities and other people.

“You see that in just about any nursing home,” said Eva Lanigan, a nurse and resident care coordinator at Sunrise Home in Two Harbors, Minn. “But what kind of quality of life is that?”

Working with a psychiatrist and a pharmacist, Lanigan started a project last year to find other ways to ease the yelling, moaning, crying, spitting, biting and other disruptive behavior that sometimes accompany dementia.

They wanted to replace drugs with aromatherapy, massage, games, exercise, personal attention, better pain control and other techniques. The entire staff was trained and encouraged to interact with residents with dementia.

Within six months, they eliminated antipsychotic drugs and cut the use of antidepressants by half. The result, Lanigan said: “The chaos level is down, but the noise is up — the noise of people laughing, talking, much more engaged with life. It’s amazing.”

Now the home’s operator, Shoreview-based Ecumen, has started a project called Awakenings throughout its 15 long-term care nursing homes. It’s based on Lanigan’s work and funded with a two-year, $3.7 million state grant.

“We saw what Eva was doing — something everybody in the industry talks about — and we were impressed,” said Mick Finn, an Ecumen vice president. “We said, ‘Hey, this is real. Can we all do this?’ ”

The dangers of drugs

Powerful antipsychotic drugs have been used for years to reduce agitation, hallucinations and other debilitating symptoms among people with mental illnesses.

They also are widely used “off label” to quell disruptive behavior among people with Alzheimer’s disease and other forms of dementia.

Medicare spends more than $5 billion a year on those drugs for its beneficiaries, including about 30 percent of nursing home residents. Several studies have concluded that more than half are prescribed inappropriately. The drugs are especially hazardous to older people, raising the risk of strokes, pneumonia, confusion, falls, diabetes and hospitalization.

“There’s a bunch of problems, not least of which is those drugs can kill you,” said Dr. Mark Kunik at Baylor College of Medicine in Houston who spoke last month at the Gerontological Society of America’s annual meeting in New Orleans.

Instead of looking for causes of disruptive behavior among dementia patients, doctors typically prescribe drugs to mask the symptoms, he said, because “It’s the easy thing to do. … That’s true in hospitals, in clinics and in nursing homes.”

Federal regulators are cracking down on homes that don’t routinely reassess residents on psychotropic drugs. But use remains widespread.

“Whether you have Alzheimer’s or not, there’s a reason people get frustrated or upset — pain, urinary tract infections, hunger, fear of strangers or loud noises or strange settings, maybe drug interactions,” Kunik said. “If you figure that out, you likely can find a safer, nonpharmacologic treatment.”

About 150 miles south of Two Harbors, Bernice Brockelman, 91, was snacking on cookies last Wednesday beside the Christmas tree at Ecumen Parmly LifePointes, a nursing home in Center City — all the while alternating quickly from calm to worry to calm.

“Can I stay here tonight? I don’t know where to go. Can I stay with you?” she asked Christy Johnson, the home’s therapeutic recreation director. Though Johnson reassured her, she asked the question again — and again and again.

In an effort to calm her while preparing to wean her from pills, the Parmly staff invited Brockelman into a game of Bingo and to recite the Polish phrases she learned from her immigrant parents. Then she spotted a male visitor.

“Hey, is he married?” she asked with a sparkle in her eye.

“When she’s feeling good, Mom’s an outrageous flirt and she can be really funny,” said her daughter, Judy Balthazor of Center City. “But often there is the repetitive questions, the worry, sometimes just being washed out. I can’t wait for them to get her off her drugs.”

Until the Awakenings project, few at the home knew Brockelman’s whole story — the loss of both parents when she was in high school, of her husband at age 46, then two sons, a close friend and a nephew. Found to have psychosis and dementia, she “just shut down because she had so many losses,” Balthazor said.

Now, the Parmly staff is gaining deeper knowledge of 15 residents who are on psychotropic drugs and who frequently are agitated or upset. They are about to start weaning the residents from the drugs, but they’ve already started a range of activities tailored to each.

Some say nursing homes cannot afford to replace drugs with personal attention because it requires too much staff time.

“Our guess is that it will take the equivalent of two extra people at each home, spread across all job categories,” said Finn, Ecuman’s vice president. “Can we afford it? We think we have to, because it’s the right thing.”

Brockelman, who lived nearly all of her life in northeast Minneapolis, loved to bake, so now she helps make bread and cookies. She danced and was physically active, so she walks with an aide and taps her toes to polka music. A devout Catholic, she attends several weekly church services. She plays Bingo with aide Jenna Miller and sometimes other residents.

“When [you] understand who Beatrice has been in the past, you know her a lot better in the present,” Miller said. “With the Awakenings project, I have permission to spend the time I need with Bernice so she feels safe and loved.”