It’s hard for anyone with a modicum of reason to understand how such glaringly flawed studies as the one posted below are pawned off on the public in the name of “mental health” recommendations.  Case in point, a new study claims that  “teenage boys with attention deficit hyperactivity disorder are twice as likely to be involved in a serious car collision.” Now, by the researchers own admission, “they couldn’t determine whether the teens with ADHD were taking medication when the crashes occurred.” Well that’s a seriously major omission.   Any teenager who has been diagnosed “ADHD” is almost assuredly on drugs.  The most common of which is methylphenidate (Ritalin, Adderall, Concerta, etc.)

Yet even this glaring omission is not the worst part of this study, their recommendation is—  “The researchers suggested the family doctors, psychiatrists and community health workers could help by treating ADHD patients with methylphenidate or Ritalin.” We weren’t sure we read that right, so we went to the actual study to see for ourselves,  and sure enough,  it said  “Greater attention by primary care physicians, psychiatrists and community health workers can perhaps reduce the risk including medical treatments (e.g. methylphenidate.)    It gets even more ludicrous,  with this statement, “children with ADHD are known to go off their meds because of side-effects.”

Yes.  Exactly.  Side effects.  Serious, motor- skill impairing and even life-threatening,  side effects.

1) Teenage boys diagnosed ADHD are getting in more car accidents.

3) The FDA says Methylphenidate causes hallucinations, mania, psychosis, sensory disturbances, an abundance of side effects that can seriously impair a person’s motor-skills and ability to drive.

And there you have it. 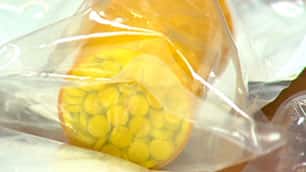 Teenage boys with attention deficit hyperactivity disorder are twice as likely to be involved in a serious car collision compared with the general population, an Ontario study suggests.

The study in Tuesday’s issue of the online journal PLoS Medicine looked at 3,421 males between the ages of 16 and 19 who were involved in serious road trauma between 2002 and 2009, compared with a control group of teens admitted for appendicitis.

The researchers suggested listing ADHD the same way as other medical disorders like epilepsy, which require drivers to show they are road worthy to keep their driver’s licence.

Study author Dr. Donald Redelmeier, a professor of medicine at the University of Toronto, estimated if the crash risk for teenagers with ADHD could be reduced to that of teens without the disorder then it would prevent about 700 crashes a year in Ontario.

Teenaged girls with ADHD also showed an increased risk of crashes, but the study focused on teenaged male drivers because they have the highest incidence of road crashes, at twice the population average.

“The findings call attention to a widespread, preventable, and costly cause of death and disability,” the study’s authors concluded.

“Most people know that teenage males are prone to traffic injuries, but the current data show that prevailing adjustments are not sufficient.”

The researchers suggested the family doctors, psychiatrists and community health workers could help by treating ADHD patients with methylphenidate or Ritalin, as well as talking to patients about ways to reduce the risk, such as abstaining from alcohol and avoiding distractions like using cellphones while driving.

The researchers acknowledged limitations of the study, including that they couldn’t determine whether the teens with ADHD were taking medication when the crashes occurred.

But children with ADHD are known to go off their meds because of side-effects.

Read the rest of the article here: http://www.cbc.ca/health/story/2010/11/15/adhd-males-traffic-collisions-ontario.html