Note from CCHR:  The use of antipsychotics on juvenile’s in custody as punishment or to control their behavior has recently been highlighted in a report by Youth Today, which found that antipsychotics were prescribed to many incarcerated youths in juvenile facilities in the US. “Fifty years ago, we were tying kids up with leather straps, but now that offends people, so instead we drug them,”  according to Robert Jacobs, a former Florida psychologist and lawyer,  “We cover it up with some justification that there is some medical reason, which there is not,” he said.  The case below, of a young girl in Canada highlights this exact same abuse. 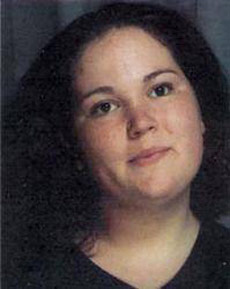 Ashley Smith, 19 at the time, was in solitary confinement and on suicide watch when she strangled herself with a piece of cloth in October 2007 at the Grand Valley Institution for Women, a federal prison in Kitchener, Ont.

Three months earlier, Smith had been at Quebec’s Joliette Institution, and it is her treatment there that is the subject of a January 2010 report by psychiatrist Paul Beaudry.

The report was done at the request of the federal Office of the Correctional Investigator and provides a medical opinion on Smith’s treatment from June 27 to July 26, 2007.

“We saw the use of medication where it was, in our opinion, not clinically warranted,” Correctional Investigator Howard Sapers said. “So, in other words it was medication that was being used to manage her behaviour but not necessarily being used for a therapeutic purpose.”

Sapers ordered the investigation after information in a report by the Correctional Service of Canada on the use of force on Smith during her stay at Joliette contradicted what was shown in videotape recordings of the incidents.

Inquest should look at whole time in custody: lawyer

Julian Falconer, the Smith family’s lawyer, filed Beaudry’s report with a coroner’s court in Toronto on Monday in an effort to expand the scope of an upcoming inquest into Smith’s death.

He argues the inquest should not be limited to the few months Smith spent in Ontario jails but rather look at the entire time she spend in federal custody.

Smith, who first entered the youth criminal justice system at 13 when she was charged with assault and creating a disturbance in a public place, spent the last four years of her life in federal custody. In the last year alone, she was shuttled 17 times among a series of institutions across Canada — including ones in the Maritimes, Ontario and the Prairies.

In the report, Beaudry says Smith suffered from an anti-social personality disorder with borderline traits.

On July 22 and 23, 2007, Smith was removed from her cell, placed in restraints and given injections of tranquilizers and anti-psychotic drugs because she had pulled a metal plate off a cell wall and began hurting herself with screws.

The nursing staff found she was agitated and posed a danger to herself and others.

But a review of the recordings of the incidents helped determined there was no medical condition affecting Smith’s capacity to give free and informed consent and her behaviour didn’t pose an imminent danger to herself or others.

“Ms. Smith was therefore placed in restraints and received anti-psychotic and axiolytic medications that were not medically indicated during these events,” Beaudry concluded.

Furthermore, several comments made by the nursing staff on Smith’s state of health do not match the state she presented and raise doubts about the information conveyed by phone to the psychiatrist on call.

“A psychiatrist prescribed medication without ever seeing her,” Falconer said. “Another health professional force administered, through forced injections, chemical restraints on Ashley.”

In Beaudry’s opinion, Smith could have instead been removed from her cell, had her injuries examined, been strip searched and placed in segregation as is often done under such circumstances.

Laws may have been broken 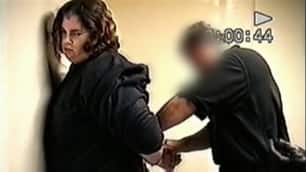 Ashley Smith is shown being restrained in a New Brunswick correctional facility, in footage obtained by CBC’s The Fifth Estate. (CBC)Sapers told the Fifth Estate ‘s Hana Gartner that physical restraints and administration of drugs without the prisoner’s consent have only been used a few times in Canada and that he thinks some laws might have been broken.

“This is very serious.”

In late September, an Ontario coroner delayed an inquest into Smith’s death from Nov. 1, 2010, until January 2011 and agreed to hear arguments from the family on whether to widen the scope of the probe.

The family wants the inquest to look at why Smith was transferred so many times across Canada and denied adequate mental health care in the final year of her life.

Late last week, a report from a psychologist retained by the Correctional Service of Canada as part of a national board of inquiry into Smith’s death concluded her death was likely an accident, not a suicide.

Smith’s mother, Coralee, said it comes as no news to her that her daughter’s death was probably not a suicide.

Read the report from Youth Today on children/adolescents being put on antipsychotics as punishment/behavior control, here http://www.naturalnews.com/030391_juveniles_antipsychotics.html