Print Save to bookmarks
The New York Times
by Allen Frances, an emeritus professor and former chairman of psychiatry at Duke University, was the chairman of the task force that created the fourth edition of the Diagnostic and Statistical Manual of Mental Disorders. 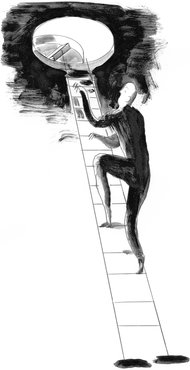 A startling suggestion is buried in the fine print describing proposed changes for the fifth edition of the Diagnostic and Statistical Manual of Mental Disorders — perhaps better known as the D.S.M. 5, the book that will set the new boundary between mental disorder and normality. If this suggestion is adopted, many people who experience completely normal grief could be mislabeled as having a psychiatric problem.

Suppose your spouse or child died two weeks ago and now you feel sad, take less interest and pleasure in things, have little appetite or energy, can’t sleep well and don’t feel like going to work. In the proposal for the D.S.M. 5, your condition would be diagnosed as a major depressive disorder.

This would be a wholesale medicalization of normal emotion, and it would result in the overdiagnosis and overtreatment of people who would do just fine if left alone to grieve with family and friends, as people always have. It is also a safe bet that the drug companies would quickly and greedily pounce on the opportunity to mount a marketing blitz targeted to the bereaved and a campaign to “teach” physicians how to treat mourning with a magic pill.

It is not that psychiatrists are in bed with the drug companies, as is often alleged. The proposed change actually grows out of the best of intentions. Researchers point out that, during bereavement, some people develop an enduring case of major depression, and clinicians hope that by identifying such cases early they could reduce the burdens of illness with treatment.

This approach could help those grievers who have severe and potentially dangerous symptoms — for example, delusional guilt over things done to or not done for the deceased, suicidal desires to join the lost loved one, morbid preoccupation with worthlessness, restless agitation, drastic weight loss or a complete inability to function. When things get this bad, the need for a quick diagnosis and immediate treatment is obvious. But people with such symptoms are rare, and their condition can be diagnosed using the criteria for major depression provided in the current manual, the D.S.M. IV.

What is proposed for the D.S.M. 5 is a radical expansion of the boundary for mental illness that would cause psychiatry to intrude in the realm of normal grief. Why is this such a bad idea? First, it would give mentally healthy people the ominous-sounding diagnosis of a major depressive disorder, which in turn could make it harder for them to get a job or health insurance.

Then there would be the expense and the potentially harmful side effects of unnecessary medical treatment. Because almost everyone recovers from grief, given time and support, this treatment would undoubtedly have the highest placebo response rate in medical history. After recovering while taking a useless pill, people would assume it was the drug that made them better and would be reluctant to stop taking it. Consequently, many normal grievers would stay on a useless medication for the long haul, even though it would likely cause them more harm than good.

The bereaved would also lose the benefits that accrue from letting grief take its natural course. What might these be? No one can say exactly. But grieving is an unavoidable part of life — the necessary price we all pay for having the ability to love other people. Our lives consist of a series of attachments and inevitable losses, and evolution has given us the emotional tools to handle both.