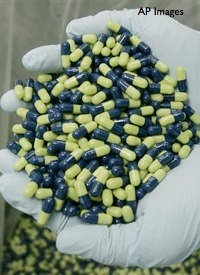 Despite the public relations campaign aimed at “de-stigmatizing mental illness,” scores of permanent, stereotyping labels are assigned to what are basically annoying habits: clicking a pen repeatedly (anxiety), talking fast (hysteria), repeating a favorite song over and over (obsessive-compulsive disorder), wiggling in a chair (hyperactive). Even crazes like text-messaging are not immune from diagnosis. Attitudes that may be in bad taste or out-of-fashion, but certainly not “dangerous” or “wrong,” are also viewed with suspicion and sometimes criminalized.

Another sleight-of-hand explains why the public doesn’t come down harder on legislators, schools and other agencies that play hardball with their mental-health extremism. It’s called the private-public partnership. This has become a way to muddy the waters so that parents and other taxpayers have to spend weeks or months figuring out exactly who paid for what. For example, the UNC’s schizophrenia study was paid for by researchers from Columbia University, which merely “contributed” to it. Federally funded grants form the National Institute of Mental Health paid the lion’s share, with a large influx from the privately funded Foundation of Hope — a public-private partnership in and of itself that supports mental-health causes.

The Foundation’s website gives a fairly representative look at how the public-private process works: “The Foundation of Hope has given over $2 million to fund local [mental health] research projects and treatment programs. This ‘seed money’ has leveraged an additional $89 million in federal grants at The University of North Carolina at Chapel Hill and Dorothea Dix Hospitals.” [Emphasis added]

Thus, it is seed money from established, private entities that helps spread legitimacy. That legitimacy leads the federal government and other well-endowed groups (charities, universities, and even political think tanks) to commit resources to the same cause and in the end institutionalizes it.

This round-about method of securing funds is not peculiar to the United States, nor is it limited to causes like mental illness. Candidates for public office, professional agitators for or against certain hot-button issues, and even some government agencies seeking to garner support for oddball legislation use the same game, which is not in the least affected by laws that purport to limit how much individuals or groups can give to a cause or candidate. Small, unorganized bands of “concerned citizens” who don’t know the ropes are often left to locate the money trails — only to discover they have too few resources with which to challenge entities that can afford hire scores of attorneys.

Another financial bonanza lies within the legislative process itself. Example: For every child diagnosed with an ongoing physical or mental illness, a school district – or even individual families — become eligible for various government greenbacks — Medicaid, Special Education and Supplemental Security Income (SSI), for instance.

Let’s take SSI, for example. SSI is yet another program aimed at low-income parents with a child categorized as having a “disability.” These include classifications for mental illnesses found in that official bible of the psychiatric profession, the DSM. The school will get Medicaid or additional Special Education funds. So, there is every incentive for parents — and school districts — to get as many kids as possible diagnosed.

As always, there’s a catch: If a child is referred to a psychiatrist, it is rare for the youngster to walk out without a treatment entailing psychotherapy and/or psychiatric drugs. If a parent later has second thoughts and suspends drug treatment or psychotherapy, he or she can be cited for “medical neglect,” which carries significant penalties, including the child’s removal from the home. Thus any parent who seeks to profit from SSI benefits may regret it.

Intimidation of whistleblowers and dissenting experts are a problem as well. One such professional recently wrote to Dr. Fred A. Baughman, the retired pediatric neurologist cited in Parts I and II of this series, to complain that his refusal to go along with the “chemical imbalances of the brain” theory was rebuffed with the prospect of a suspended license.

Dr. Baughman responded to the gentleman by citing a response he himself had received in 2002 to a letter on that very topic from Bernard Alpert, M.D., President of the Medical Board of California (MBC):  “As you outline in your letter,” wrote Dr. Alpert, “there is tremendous professional support for categorizing emotional and psychological conditions as diseases of the brain.  In published materials, some quoted in your letter, you will find that support from chairs of psychiatry departments, the American Psychiatric Association and professors of major medical schools.  It is clear that the psychiatric community has set their standard, and while one might disagree with it, that standard becomes the legal standard upon which the Board (CMB) must base its actions.”

Citing Dr. Alpert’s response, Dr. Baughman had this to say to his beleaguered colleague:

Unbelievably, what Alpert, speaking for the Medical Board of the State of California, appears to be saying here is that whatever the majority do, including … knowing[ly] violating a patient’s right to informed consent, that that becomes the unassailable, legal ‘standard of practice’. This puts any physician who purveys the truth [as determined through the scientific method], in legal jeopardy….

Separately, antipsychotics have been implicated in a number of deaths, particularly in veterans. The story got little play, but in what coverage it did get, Lt. General Eric B. Schoomaker described “a series, a sequence of deaths” in the “warrior transition units.” In a press release, Dr. Fred A. Baughman said the deaths were “not suicides or ‘overdoses,’ but sudden cardiac deaths due to prescription antipsychotics and antidepressants.” Again, the story got little attention while parents buried their sons and daughters who didn’t have to die.

Read the rest of this article here: http://www.thenewamerican.com/index.php/usnews/health-care/4161-biological-psychiatry-following-the-money